Similar to Christianity in which there are numerous denominations, Buddhism also has different sects. Tibetan Buddhism is a style of practice developed by Buddhist practitioners in the geographic section of Asia, north of India, which includes such countries as Nepal and Bhutan, as well as Tibet.

Having studied Eastern philosophy through the avenue of Yoga, I was attracted to Tibetan Buddhism with it’s apparent similarities to other Eastern practices. As in Hinduism, there is great emphasis on the use of art in Tibetan Buddhist worship. In these photos (with my minimal photography skills!) I present but a portion of the artwork in the main shrine room of the Tara Mandala Temple.

Thankas are large paintings usually done on silk fabric which depict the life of the Buddha or other important deities. A torma is a figure sculpted of  barley flour and butter, often quite ornate in their embellishments. Seen as an offering cake (hence flour and butter), the torma is eventually scattered across the land or water as an offering, as an act of non-attachment.

Tibetan Buddhist practice often involves periods of  specifically outlined prayer chanting, interspersed with silent meditation and mantra practice. All aspects of one’s psyche are acknowledged; from the fierceness needed to dispel negativity, to the rapture of bliss, to the peace of open space.  Undeniably there is a huge cultural aspect to Tibetan practice and this is an obstacle for some. However I have found the practices to be of great benefit in “reprogramming”  some of my unconscious egotistic intentions. As I have traveled the US these past years, I have been surprised at the widespread availability of Tibetan Buddhism in places as far away as Montana and Utah. If you are so inclined I would suggest you look into a Center in your area. 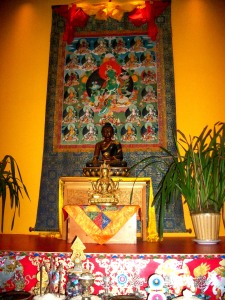 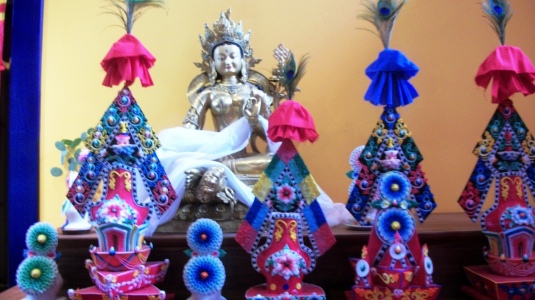 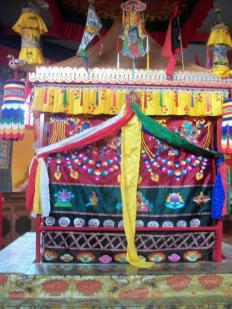 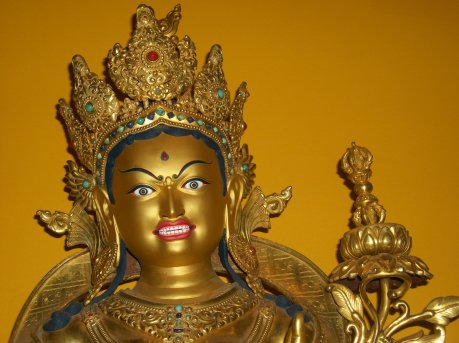 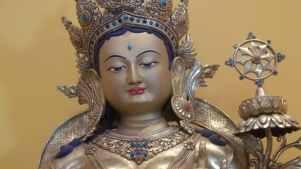 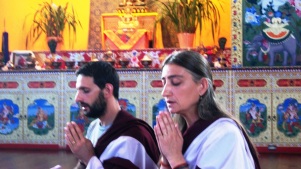