Spring! I am on the road in California re-connecting to friends and loved ones along the way. After months of snow and freezing temperatures in the Rockies, the beauty and warmth of spring is pleasurable indeed!

Sacramento is the capital city of California. Affectionately known as the River City, it was founded at the confluence of three rivers, the Sacramento, the American, and the San Joaquin. I recently spent four lovely days with friends Karla and Phil LaZier in “Sac”. The following photos document an afternoon’s outing on the Sacramento River.

In the Gold Rush years of the 1850’s, river boats were a primary means of transportation between Sacramento and the Pacific Coast via San Francisco. Today the Sacramento River Delta is the shipping and rail center for the Sacramento Valley, an important center of national food production. This afternoon river outing only covers 4-5 miles of river front, but you see within this mileage several old and famous bridges; a fun way to spend a glorious spring day in Northern California!

I hope spring 2014 finds you well and happy. My summer adventures will include the “wilds” of Washington State. Stay tuned!

with Karla and Phil LaZier 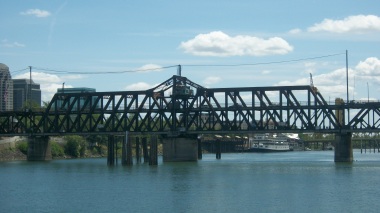 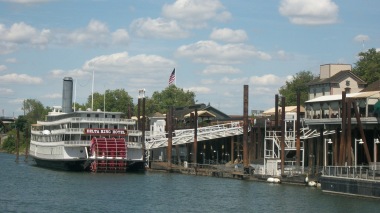